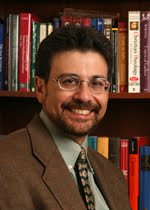 [email protected]
Dr. Christopher Bellitto is Professor of History at Kean University in Union, NJ. He is also a frequent public speaker and media commentator on church history and contemporary Catholicism. He has been quoted in The New York Times, the Washington Post, et al, and has appeared on The History Channel, CNN, MSNBC, PBS’ News Hour, NPR, and other local radio and TV stations. Dr. Bellitto is also a member of the Speakers’ Bureau of the New Jersey Council for the Humanities and the former chair of Kean’s History Department. He received an M.A. and a Ph.D. in History from Fordham University. His B.A., magna cum laude, is from New York University, where he was a University Scholar with a double major in Journalism and Politics, and a double minor in Classics and Religion.

During and immediately after college, he worked in journalism, including a period at Newsweek magazine. He taught English at his alma mater Cardinal Spellman High School in the Bronx, NY, before entering graduate school at Fordham University, where he held Presidential Scholarships and was a Teaching Fellow while studying for his doctorate. He was then a church history professor at St. Joseph’s Seminary (Dunwoodie) and its Institute of Religious Studies in Yonkers, NY, where he also served as the Institute’s Associate Dean. From 2001 to 2004, he was Academic Editor at Paulist Press in Mahwah, NJ, while teaching at Fordham’s College of Liberal Studies (2002-2004) and serving as a Fellow at Fordham’s Center for Medieval Studies (2003-2004).

In 2010-2012, he was awarded a National Endowment for the Humanities Enduring Questions grant to develop a course titled, “Is there such a thing as a just war?” He served as a Fulbright Specialist at the University of Canterbury in Christchurch, New Zealand, July-August 2019.

Publications
Dr. Bellitto is the author of ten books, including most recently Ageless Wisdom: Lifetime Lessons from the Bible(Paulist Press, 2016), 101 Questions and Answers on Popes and the Papacy (Paulist Press, 2008), The Living Church and Church History 101 (Liguori Publications, 2011, 2008), and the companion volumes, The General Councils: A History of the 21 Church Councils from Nicaea to Vatican II and Renewing Christianity: A History of Church Reform from Day One to Vatican II (Paulist Press 2001-2002). He is also the author of Nicolas de Clamanges: Spirituality, Personal Reform, and Pastoral Renewal on the Eve of the Reformations (Catholic University of America Press, 2001). In addition, Dr. Bellitto has co-edited six volumes of collected essays, including Reassessing Reform: A Historical Investigation into Church Renewal (Catholic University of America Press, 2012), The Church, the Councils, and Reform: The Legacy of the Fifteenth Century (Catholic University of America Press, 2008), and Reforming the Church Before Modernity: Patterns, Problems, and Approaches (Ashgate, 2005).

He has also taped a series of audio and video courses on Christianity and ancient, medieval, and reformation history for Now You Know Media. For some samples: Ancient Greece, Crusades, Medieval Europe, John Paul II.

In addition to his own writing, Dr. Bellitto has long experience as an editor. He is currently Academic Editor at Large for Paulist Press, and is the creator and editor of its series, Rediscovering Vatican II. He is also the Editor in Chief of the series Brill’s Companions to the Christian Tradition.