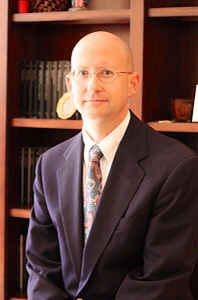 Invited Talks, Conference Papers, and Publications
“St. Thomas Aquinas’s Approach to the Existence of God”: 10 March 2016
Invited Lecture delivered at Southern Connecticut State University
“On the 50th Anniversary of Dei Verbum: The Absolute Inerrancy of the Word of God”: 5 October 2015 (on-line), 8 October 2015 (in print) Article published in The Wanderer
“What is Catholic Liberal Education?”: 13 November 2014. Delivered as part of the Fides et Ratio seminar series at Holy Apostles College an Seminary
“The Purpose of Playing” (“The Purpose of Poetry according to Aristotle and St. Thomas”): 13 June 2013. Delivered at the Conference of the Society of Aristotelian-Thomistic Studies
“Shakespeare and the Philosophia Perennis”: 13 April 2013. Delivered as part of the lecture series at the Legionaries of Christ College of Humanities in Cheshire, CT
“The Purpose of Human Suffering”: April 2008. Delivered as part of a series of lectures in theology at the Basilica of the Immaculate Conception in Waterbury, CT
“The Humanities Curriculum at the Legionaries of Christ College of Classical Humanities and Sciences”: March 2007. Delivered to the Connecticut State Legislature at the Capitol in Hartford, CT
“The Twofold Order in Liberal Education”: March 2006. Delivered at the Knights of Columbus Museum in New Haven, CT
“Divine Providence and the Problem of Evil”: November 2004. Delivered at the College of St. Justin, Martyr
“The Role of St. Joseph in our Salvation”: July 2000. Delivered as part of the lecture series for the Catholic Men’s Group in Plymouth, CT