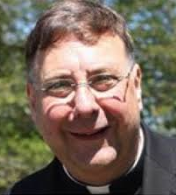 Father Fluet has taught at Saint Bernard High School in Uncasville, Connecticut and Quinebaug Valley Community College in Danielson, Connecticut. He also offered classes at Goodwin College in East Hartford, Connecticut. From 2004 to 2017 taught on-campus at Holy Apostles College and Seminary in Cromwell on both the graduate level and undergraduate level. He served as a member of the Board of Governors of Holy Apostles College and Seminary, and offered Spiritual Direction at the Seminary. In 2017 Fr. Fluet received an appointment to Mount Saint Mary College in Newburgh, New York where he is Chaplain and offers classes in History and Religious Studies.