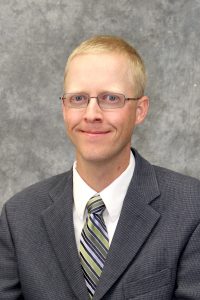 Dr. Matthew Ramage is Adjunct Professor of Sacred Scripture at Holy Apostles College and Seminary and Professor of Theology at Benedictine College in Kansas.

He is author, contributing author, or co-translator of a variety of articles and books, including the monographs Dark Passages of the Bible: Engaging Scripture with Benedict XVI and Thomas Aquinas (CUA, 2013), Jesus, Interpreted: Benedict XVI, Bart Ehrman, and the Historical Truth of the Gospels (CUA Press, 2017), The Experiment of Faith: Pope Benedict XVI on Living the Theological Virtues in a Secular Age (CUA Press, 2020), and Christ’s Church and World Religions (Sophia Institute Press, 2020). His next book, From the Dust of the Earth: Benedict XVI, the Bible, and the Theory of Evolution, is forthcoming from Catholic University of America Press in early 2022. For more on his work and his CV, visit Dr. Ramage’s website www.matthewramage.com.

In addition to his books, Dr. Ramage’s work has appeared in a number of scholarly journals including Nova et Vetera, Letter and Spirit, Scientia et Fides, Scripta Theologica, Cithara, and Homiletic and Pastoral Review as well as popular online venues such as Strange Notions, The Gregorian Institute, Crisis, and the Word on Fire Institute’s Evangelization and Culture. You can find interviews with Dr. Ramage at news outlets including the National Catholic Register and First Things, EWTN radio’s Catholic Answers Live, and EWTN’s television program Catholicism on Campus. His Thomistic Institute lectures are available online as well.

When he is not teaching or writing, Dr. Ramage enjoys hiking with his wife and five children, tending his orchard, and traveling abroad to learn, lecture, and lead educational trips.

For more information on Dr. Ramage’s work and for his complete CV, visit www.matthewramage.com.

The Experiment of Faith: Pope Benedict XVI on Living the Theological Virtues in a Secular Age (CUA Press, 2020).

“Benedict XVI’s Hermeneutic of Reform: Towards a Rapprochement of the Magisterium and Modern Biblical Criticism.” Forthcoming in Nova et Vetera 14.3 (2016).

“How to Read the Bible and Still Be a Christian: The Problem of Divine Violence as Considered in Recent Curial Documents” Homiletic and Pastoral Review (July 2015).

“Benedict XVI, Catholic Doctrine, and the Problem of an Imminent Parousia.”  Josephinum Journal of Theology 21.1 (2015).

“Christian Discernment of Divine Revelation: Benedict XVI and the International Theological Commission on the Dark Passages of the Old Testament.” Scripta Theologica 47 (2015): 71-83.

“Violence Is Incompatible with the Nature of God: Benedict, Aquinas, and Method C Exegesis of the ‘Dark’ Passages of the Bible.”  Nova et Vetera 13.1 (2015).

“Benedict XVI and Freedom in Obedience to the Truth: A Key for the New Evangelization.”  Homiletic and Pastoral Review (May 2014).

“Jesus’ Infancy through the Eyes of Benedict XVI.” Homiletic and Pastoral Review (December 2013).