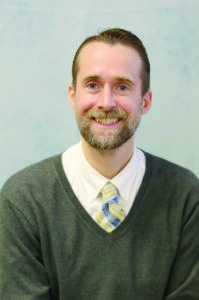 Dr. Edward Trendowski was born and raised in Syracuse, NY as the oldest of six children. He graduated from Westhill High School and pursued and completed a Bachelor’s Degree in French from Hartwick College in Oneota, NY.

At first, not drawn to studying Theology, Edward discerned that God was calling him to go back to school and purse a Master’s Degree in Theology, which he received from St. Joseph College of Maine in the Online Program. He then continued his education at the Catholic University of America, receiving a Ph.D. in Catechetics in 2021.

Edward has been married to his wife Breanne since 2007, they have six children, and are expecting another. He enjoys spending time with his family, reading Catholic books, giving talks for Marriage Preparation, saltwater fishing, gardening, and other time spent outdoors.