#FunFactFriday: The Chapel where St. Joan of Arc prayed is located in Milwaukee, WI.

Originally located in Chasse, France, the chapel was moved stone by stone to Long Island, New York, in 1927 at the request of Gertrude Hill Gavin. In 1962, Ms. Gavin sold her estate, including the chapel, to the Rojtman family. Days before moving to their new home, a fire ravaged the estate but the chapel remained unharmed. The Rojtmans sought a new, permanent home for the chapel. In 1964, the chapel was moved to its home at the heart of the Marquette campus. The chapel opened to the faithful in 1966.

According to Marquette University’s history page, Gavin also purchased the Joan of Arc Stone. “Backed by an official French endorsement of authenticity, the stone is believed to be one upon which Joan prayed for success before battle. The stone, reportedly kissed by the lips of the saint, was installed in the base of a wall niche behind the altar, and legend has it that it is always colder to the touch than the stones around it.” (Marquette Chapel History) 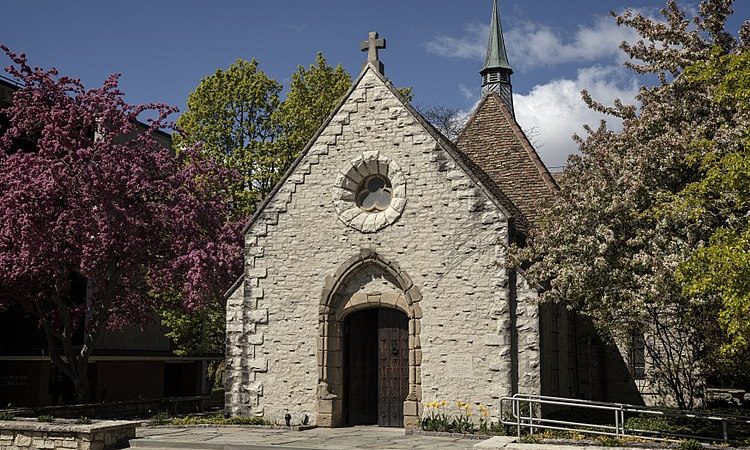