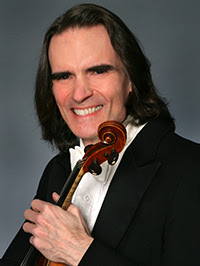 Dr. Charles Rex, honoris causa, serves as the Chair in Music History and Violin at Holy Apostles College & Seminary and as a Professor for undergraduate and graduate level courses in Music History and Music Appreciation. Prof. Rex is the former Associate Concertmaster of the New York Philharmonic, who has recently retired, will be joining the on campus faculty at Holy Apostles College & Seminary beginning with the 2017-2018 Academic Year. Mr. Rex is a Distinguished Alumnus of Florida State University and was awarded the Ernst von Dohnanyi Faculty Citation for Excellence in Performance. Mr. Rex was first hired as the youngest member of The Philadelphia Orchestra by the legendary Maestro Eugene Ormandy. Eight years later, Mr. Rex was hired by Maestro Zubin Mehta at the New York Philharmonic where he has performed at Lincoln Center and travelled annually around the world since 1980.