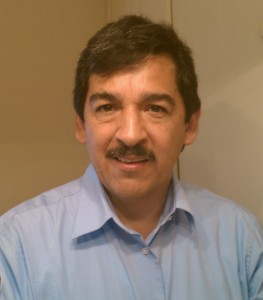 Dr. Heric Flores was born in Veracruz, Mexico. In 1980 obtained a bachelor degree in electronics from IPN (http://www.esimez.ipn.mx/Paginas/Inicio.aspx) and in 1991 a second bachelor in physics from UNAM (http://www.fciencias.unam.mx/), the main public education institutions in Mexico. In 1990, he spent four months working for the high energy physics experiment E690 at Fermi lab, in Batavia, IL. From 1991 to 1992 he taught electronics, physics, and mathematics at La Salle Leon in Leon, Guanajuato. From 1992 to 1996 he was the academic secretary at the Physics Institute Guanajuato University. In 1996 he received a Masters in Physics from Guanajuato University and in 2002 a Ph. D. from Wesleyan University. From 2004 to 2009 he was a scholar physics at Wesleyan University, in 2013 he started teaching physics and mathematics at Holy Apostles College and Seminar, and in Fall 2017, he started teaching Modern Physics at Legion of Christ College of Humanities. Dr. Flores also works for ITS at Wesleyan University since 2002.
X