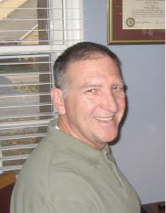 Dr. Curtis Hancock, Ph.D. is Professor of Philosophy, with 35 years full-time experience as a teacher of philosophy. He is Coordinator of the Concentration in the History of Philosophy at Holy Apostles College & Seminary, Cromwell, Connecticut. He taught philosophy for 32 years at Rockhurst Jesuit University, Kansas City, Missouri. At Rockhurst he held the Joseph M. Freeman Chair of Philosophy.  He is former President of the American Jacques Maritain Association and is co-founder (with Dr. Peter Redpath) of the Etienne Gilson Society. He has published numerous books, including Recovering A Catholic Philosophy of Elementary Education (2005). In addition to his seven books, he has published over eighty articles and reviews. He has a close association with the Lublin School of Thomism (Lublin, Poland), and is a Senior Fellow of the Adler-Aquinas Institute. For over a decade he taught for “Great Books Discussions,” an on-line homeschooling program.

(Dissertation: Energeia (Actuality) in the Enneads of Plotinus: A Reaction to Plato and Aristotle)

Feezell, R. and Curtis Hancock. How Should I Live? Minneapolis, Minnesota: Paragon House, 1991.

Hancock, Curtis. “The One and The Many: The Ontology of Science in Aristotle and Thomas Aquinas,” The Review of Metaphysics 69 December, 2015, 233-59.

Hancock, Curtis. “Why Can’t Philosophers and Poets Get Along? Reflections on an Ancient Quarrel.” In A Piercing Light: Beauty, Faith & Human Transcendence. James Jacobs, editor. Washington, D.C.: The Catholic University of America Press, 2015.

Hancock, Curtis. “The Meaning of Life in the Metaphysics of Plotinus.” In Art and Reality (Sztuka I Realizm), a Festschrift to Henrik Kieres. Lublin, Poland: Catholic University of Lublin, 2014.

Aristotle as Teacher: His Introduction to a Philosophic Science. By Christopher Bruell, South Bend, Indiana: St. Augustine’s Press, 2014. In The Review of Metaphysics, Vol. 69, Number 1.