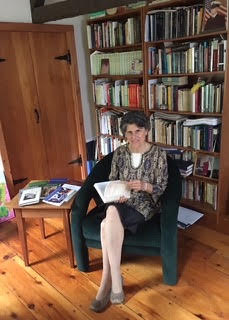 [email protected]
I received a doctorate in cognitive psychology from the University of New Hampshire. I did postdoctoral work in depth psychology, literature, and phenomenology. I have written books and articles on the interface of these areas. My teaching experience includes the University of Dallas which was formative in my interdisciplinary and great books approach to education. I also had a depth psychology practice for 25+ years. I am Professor of Humanities at Holy Apostles College and Seminary where I have been since 2006. I teach courses in literature and psychology to undergraduates and Human Formation to seminarians. I participated in the Fides et Ratio seminars for 4 years and I have lead these seminars at Holy Apostles since 2007. Oil painting provides imagistic ground and resource for my work.